Ministry of Economy and Commerce of the Kyrgyz Republic invites to the FIRST defence-industrial exhibition
The official invitation indicates the main goals and expected results of the first International Defence-Industrial Exhibition DEFINDEX-2022.
All news 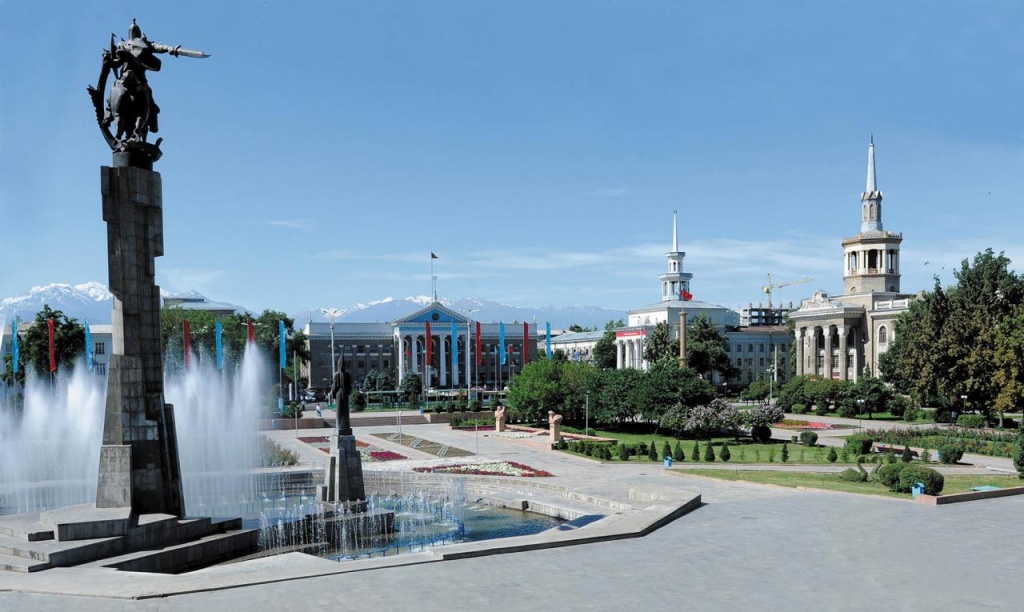 Foreign Economic Policy, Conditions for Export and Investment in the Country's Economy.

The Kyrgyz Republic is a sovereign state in the Central Asia.

The Kyrgyz Republic is an important transit country in the Central Asia, since the most key freight routes are located within its territory, both in the northeast (from Kazakhstan to Russia to Tajikistan and Afghanistan) and in the southeast (Central Asian connection with China).

The Kyrgyz Republic creates favorable conditions for the development and attraction of business projects in the country.

There are many opportunities in the Kyrgyz Republic for export promotion and facilitation, including availability of free economic zones. Free economic zones provide special customs privileges for exporting and importing companies.

The Government of the Kyrgyz Republic has taken several steps towards facilitating and streamlining trade procedures. For example, it initiated the creation of a Single Window for exporters, and also launched the Paperless Trade project.

A visa-free regime is granted to the citizens of Belarus, Kazakhstan, Russia and Tajikistan. Citizens of 45 countries (Austria, Hungary, Germany, Denmark, Italy, Sweden, Sweden and others) are exempted from visa requirements for up to 60 days stay in the Kyrgyz Republic.

After joining the Eurasian Economic Union (EAEU), the Kyrgyz Republic aimed to strengthen economic trade relations with Kazakhstan, Russia, Belarus and Armenia in order to improve cooperation with these countries in such matters as: international transport routes, creation of a common energy sector, energy transportation, joint investments, development of the country's industry.

At present, the Kyrgyz Republic is a party to bilateral agreements on mutual support, encouragement and protection of investments with more than 20 countries, including countries such as the USA, Germany, Switzerland, Kazakhstan, Russia, China, India, South Korea, Great Britain and others.

These agreements provide foreign and local investors with equal rights and create favorable investment conditions at the level of international legal acts. In addition, these agreements provide guarantees of the protection of investments and fundamental rights, such as the free transfer of income and payments, payment of compensation in the event of expropriation, establish the principles of subrogation and the rules governing disputes.

The Kyrgyz Republic has also signed Double Taxation Protection Agreements with 27 countries, currently 3 more countries are on the list for consideration.

Domestic economic policy, conditions for the development of the industrial sector and increase of business profitability.
According to the National Statistical Committee of the Kyrgyz Republic, the annual GDP growth in Kyrgyzstan is 5.0-15.0%.

According to the results of 2018, it can be stated that the economy of Kyrgyzstan has grown. In 2018, Kyrgyzstan produced industrial products by 5.4 percent more than in 2017, and the production of petroleum products by 8.9 percent. The indicator of GDP per capita increased over the year by 5.7 percent.

In 2018, Kyrgyzstan took 78th place (out of 150) in the world ranking in terms of economic development and social welfare. In 2019-2022 GDP growth is projected at 4.0-4.7 percent. According to the data, published annually by the World Bank as of July 2019 Kyrgyzstan’s annual GDP growth rate was 6.4 percent. 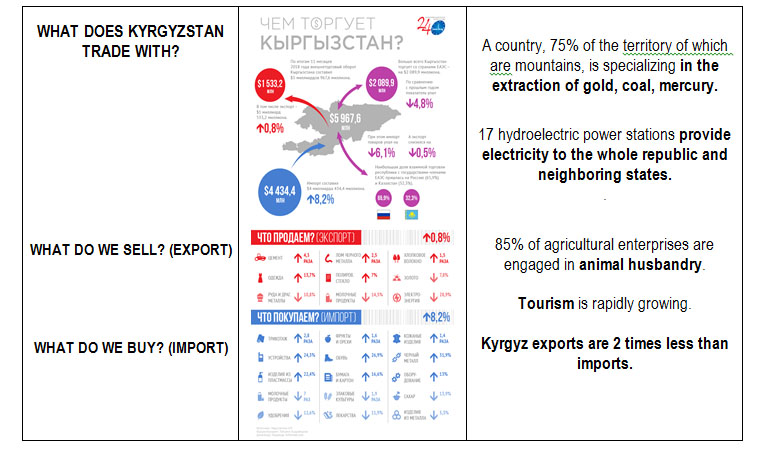 Non-metallic minerals, which are used for the production of building materials: cement, sand, slate, brick, glass, are mined in the foothills.

The country has 17 hydroelectric power stations that generate more than 2,000 MW of energy. About 42% of the total produced electricity is exported to neighboring states.

One of the main problems of the Kyrgyz economy is considered the outdated material base of industrial enterprises.

In 2020, the State Committee for Industry, Energy and Subsoil Use of the Kyrgyz Republic came to the decision to create a special integration platform for the development of the most priority areas for the development of the industrial sector of the economy: the military-industrial complex, the fuel and energy complex, and the extractive industries – International Defence-Industrial Exhibition “DEFINDEX”

The thematic areas of the first exhibition, scheduled to be held in October 2022, will be the main sections of the technical equipment of the Armed Forces, law enforcement agencies, as well as key sectors of the development of the Kyrgyz industry: mining, energy, oil and gas complex.